Tattoos are fun to play around with. I have always been drawing things on my skin and calling them tattoos. As I’ve gotten older, I’ve found some cool, unique ways to make a design stick around for a while. I have tested out a few methods, using just what I had: A few ballpoint pens, a sharpie, and a liquid ink pen (I know all pens have liquid ink, but this is the only way I can describe this pen; it’s runnier than a regular ballpoint, but it’s not a marker).

To begin, I always draw an outline with my normal ballpoint pen. I use Bic pens, as they are my favorite. Black or blue ink, I don’t think it super matters, but the blue has stayed on a little longer. (However when I used the blue ink pen, I had done a tattoo on my forearm, rather than on my wrist like I usually do with the black ink pen. That means, it could have possibly stuck better because the forearm is not subject to as much wear as the wrist). This is only the first step of three.

Next, I would usually use a sharpie, but I have lost all my black ones, and all my small point ones, so I had a grey one and a dark blue one to work with and sometimes use those. Sharpie helps asa bonding agent, for more permanency, it also helps to stick each layer of pen to each other, so it stays fresher-looking longer, because there is no rubbing or running off of the inks. (I recommend using sharpie especially with wrist tattoos, as the permanency really matters when the tattoo is subject to daily life).

Finally, I use my ‘liquid ink’ pen. They are Staedtler 0.4mm, Triplus® roller rollerball pens. I have the ergonomic, triangular barrel 10 pack. Obviously, I use the black pen and carefully trace over my other two layers.

The last time I drew on a tattoo, I placed two different sizes in two different places: A medium size on my forearm, and a fingernail size on my opposite wrist. When I did these, I decided not to use sharpie, because, using the thick/regular tip, the ink bleeds a little bit and I don’t have black anyways, so I skipped that step. I expected, in that case, that it would not stay on as long.

(Forearm) It did stay on, but the second layer (the liquid ink, which is always the last step), did come off. However, I am on day 5 with this tattoo, and there is still a clear pen outline of my tattoo and it seems to be sticking very well (I haven’t refreshed it in about three days so far). It even faintly lasted through a shower cycle. I do usually touch up and retrace my tattoos each day, for at least the first two days with at least the last layer; but sometimes, I’ll redo all three layers, for extra stick. I refresh them like that for a couple days to begin with, so the ink has a chance to get comfortable with my skin, before being left on its own.

So far, I’m happy with how my forearm one turned out. I didn’t expect it to stay so long without the sharpie, and yes, mostly only the first layer is still left, because without the permanency factors of the sharpie, the liquid pen rubbed off on my jacket as soon as it was dry (this has never happened when I’ve used the sharpie), but there were no run marks or smudging, it just kind of flaked off. At this point though, (day 5, three days without touchup) it is run-and-smudge-proof.

The reason I use the ballpoint as my first layer, is because it gives a medium of passage for the other ink to my skin; it soaks in well, and takes along the other inks. It is also very easy to wipe off Bic ballpoint with a wet Q-Tip, so it’s a nice starting outline to perfect your design before finalizing it with the sharpie. Once all three layers are on, The design usually sticks for about 3 days (after the initial two of retouching it up). It does fade slightly, but it is still very clear. So far, I’m incredibly impressed with how long this two-layer tattoo has stuck. We are just passing the first week, and it has only needed 3 touchups. It looks a little more like henna when it hasn’t been refreshed, but usually stays pretty dark for at least two days on its own.

(Wrist) The 3 ½ cm tattoo on my right wrist is definitely fading. I have used the same layering technique on this tattoo as the 7in one on my forearm, but my right hand is my dominant one. Tattoos on the wrist are more susceptible to fading anyways, as they often are more affected by handwashing and daily use. This tattoo is not smudge proof, but it didn’t get much of a chance to soak in and stick, because it goes through much of my daily routine with me. On day 3, it still looked pretty good, but being day 4, with only part of it still left, I think I’m going to end up probably wiping this one off or trying to fully retouch it up with both layers.

Definitely, let your tattoo dry for about 10 minutes (including after each refresh) before wearing a jacket or touching it. This will help prolong the lifespan of your design.

In the end, playing around with these is fun. Fiddle with different layer techniques and pen types, and I’m sure you’ll find something that sticks with you through your routine. I had fun getting to share this with you guys, and I hope you thought it was a hoot 😊 See you next time with another fun tidbit, project, or perspective. Have a good one!- Popp!nTalk 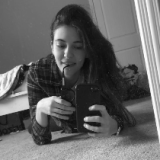 Popp!nTalk is a place I share all of my love and positive thoughts (and sometimes, updates on my books) to stand out from all the negative and give you a place to put up your feet and rest- Whether that be during the workweek or on the weekends. Easy, quick reads to give you a smile and something pleasant to think about. Unique, entertaining, positive. Live on :) #loveisaverb

One reply on “Semi-Perm Tats (Project)”

Always something surprising and different coming from Popp!n Talk!! Enjoy reading about your escapades!

What makes you smile?

Hi, love! Keep up with the positivity here :)

Put a smile in your feed: